Wandering is a video installation where you undergo the artwork by entering it. You are guided through the artwork between two screens. On both sides, video images are projected of a space that slowly passes you by. This gives a dreamy and disorienting feeling.

When you come out of this corridor, you enter the space where you can see the two screens in succession and the projection images coincide into one image. Soft movements of swaying plants in a dark building can be seen. Quiet, ruinous rooms and corridors are traversed with grasses and flowers, as life that rhythmically progresses, a stream of time that can penetrate through everything without being blocked by concrete or stone.

Other people who enter the artwork are visible from there as silhouettes and coincide with the moving images. At that moment they have no idea that they can be seen by people on the other side of the screen.

The artwork Wandering is inspired by photographs from the series Shades of Silence. They are made in a derelict village, where nature takes its place again.

This artwork was made for Theaterfestival de Parade 2017, where I had the solo exhibition ‘Shades of Silence’ in the Parade Museum, commissioned by Museum de Fundatie. 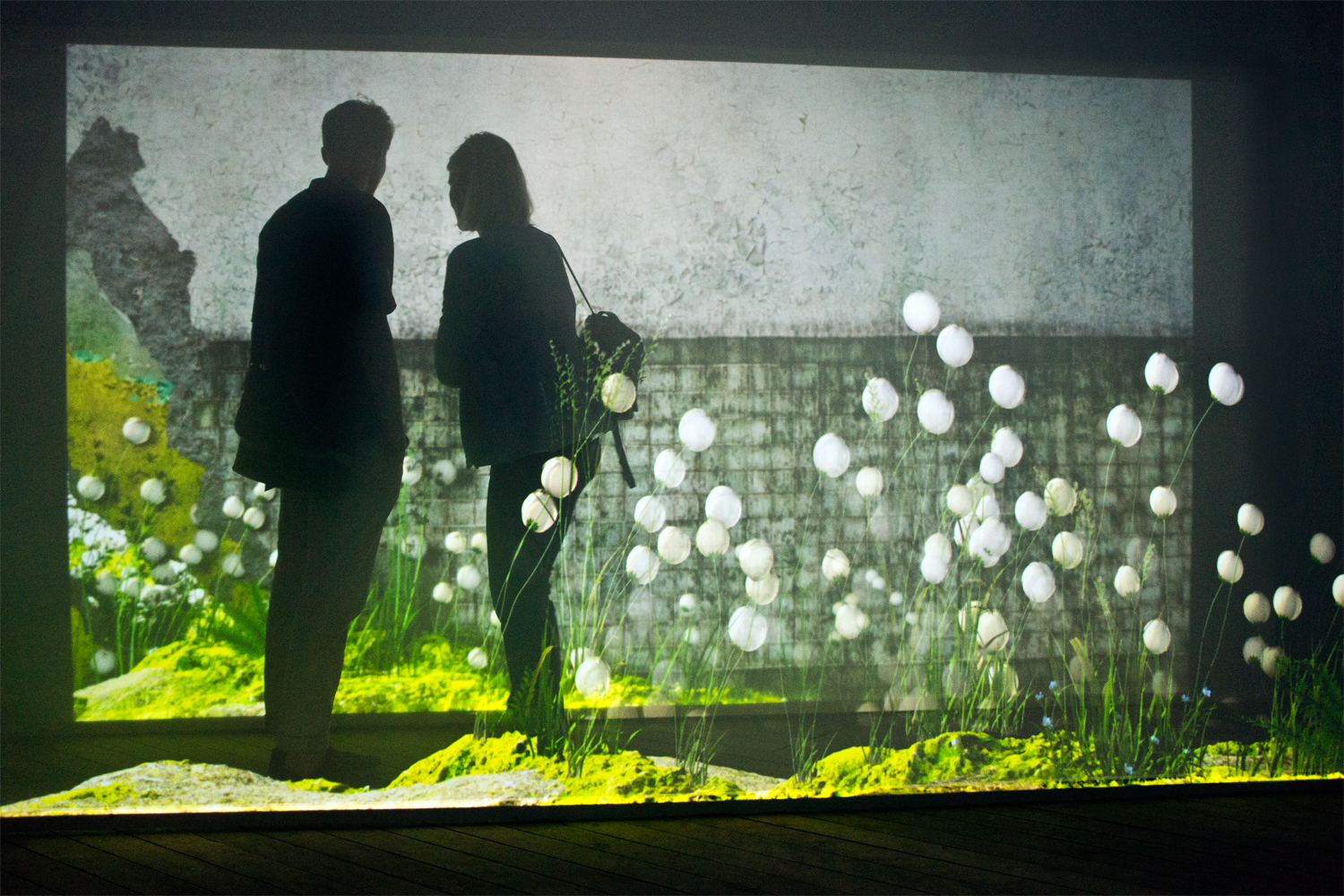 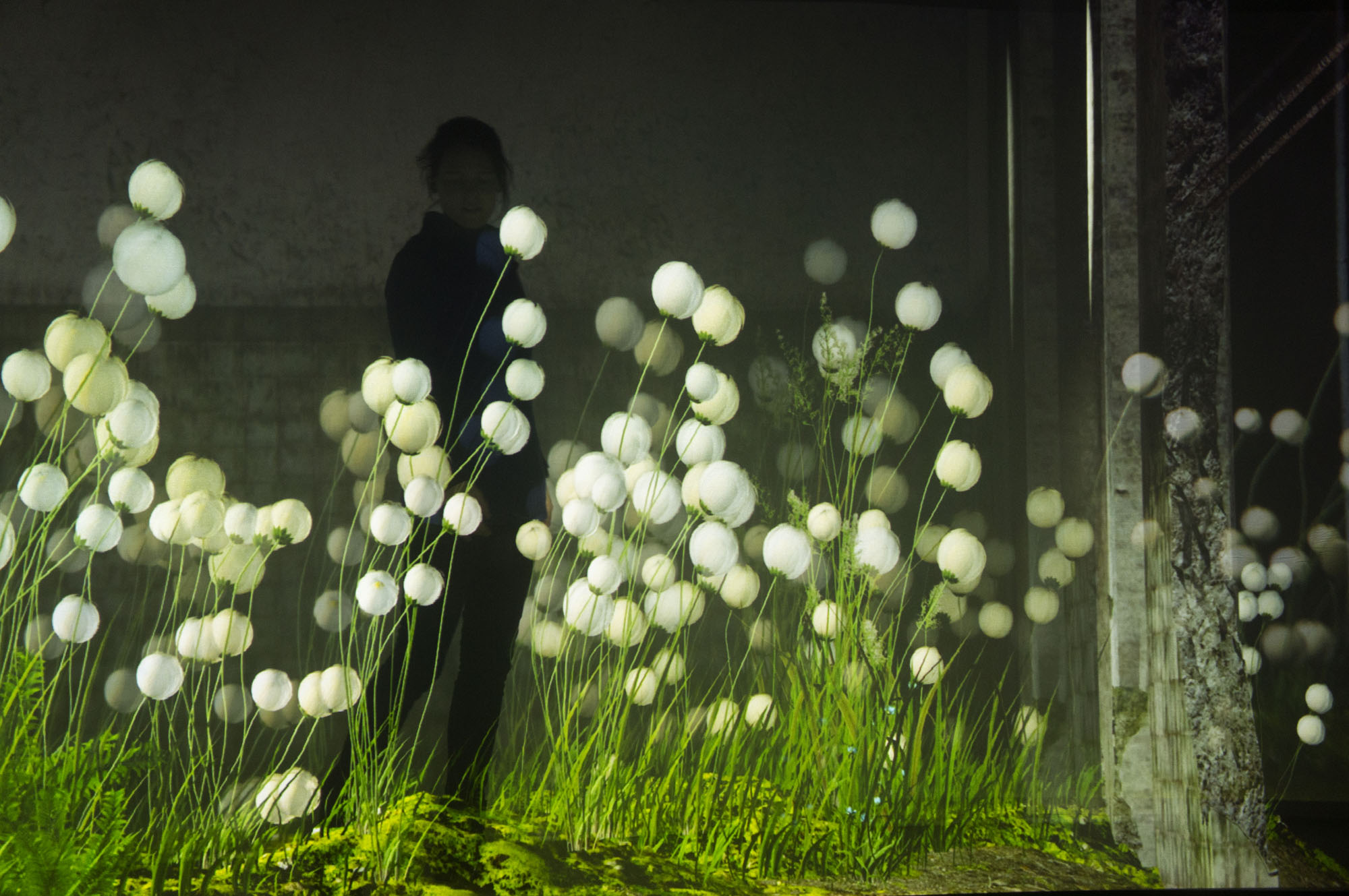 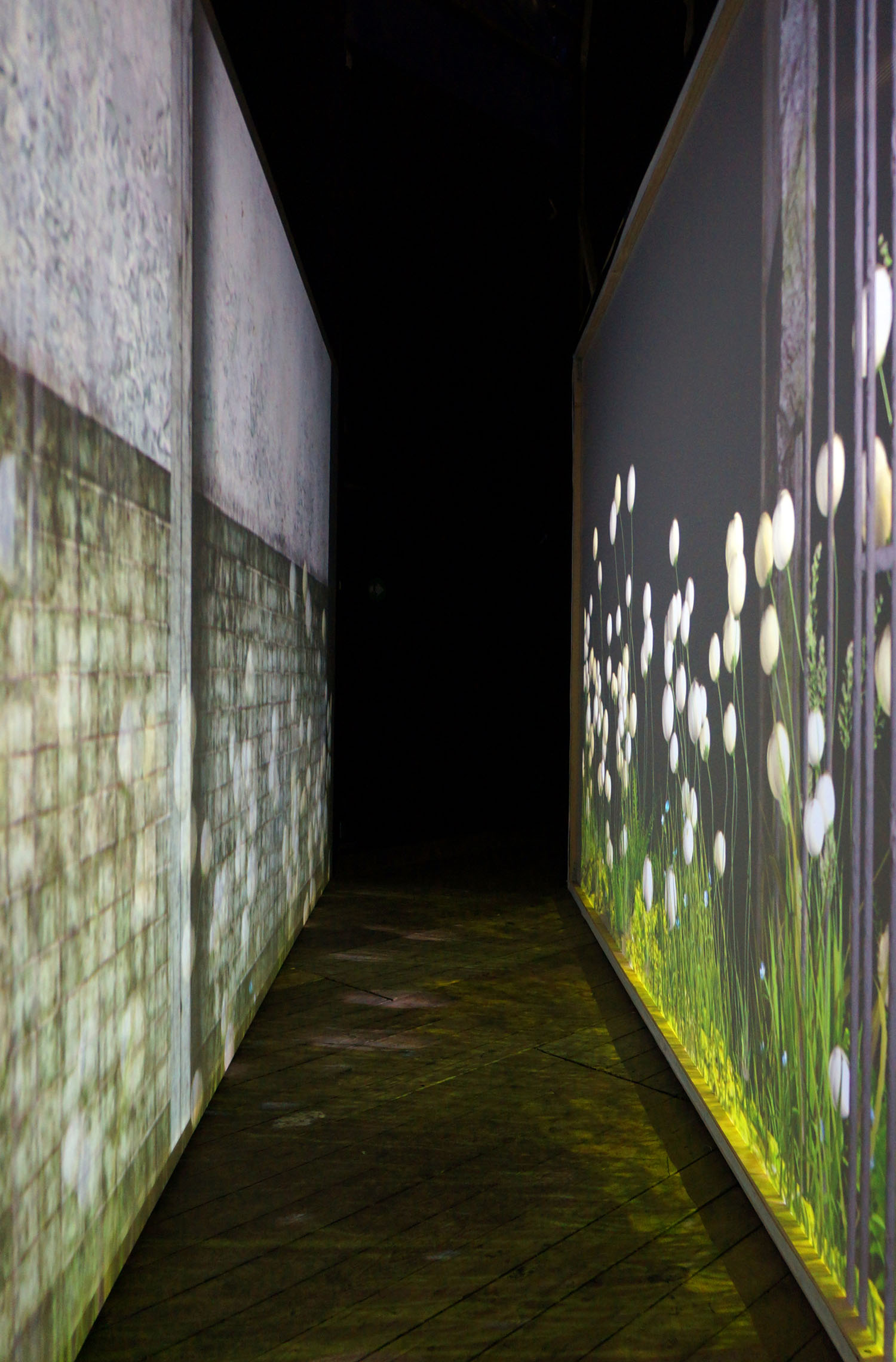 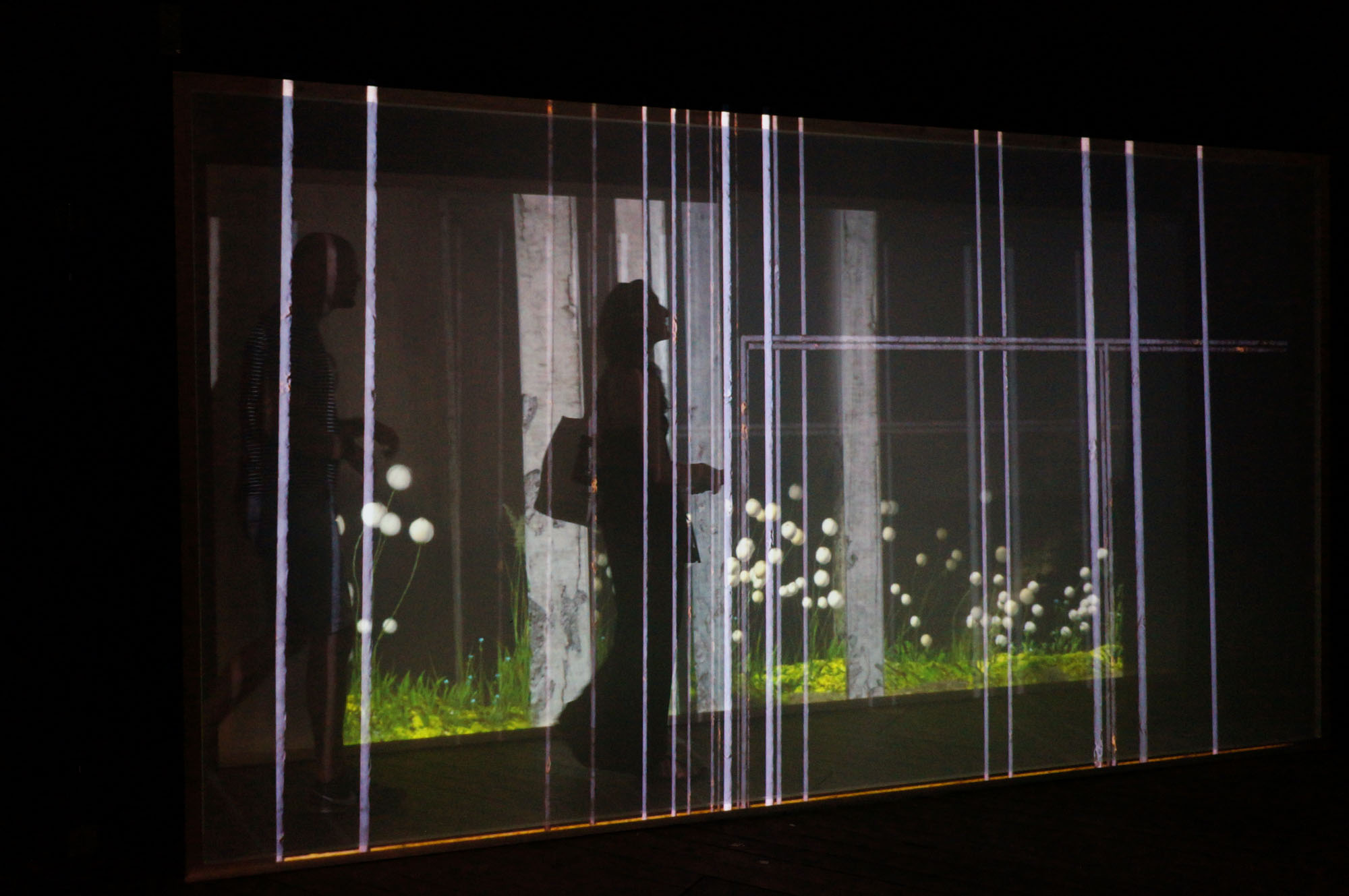 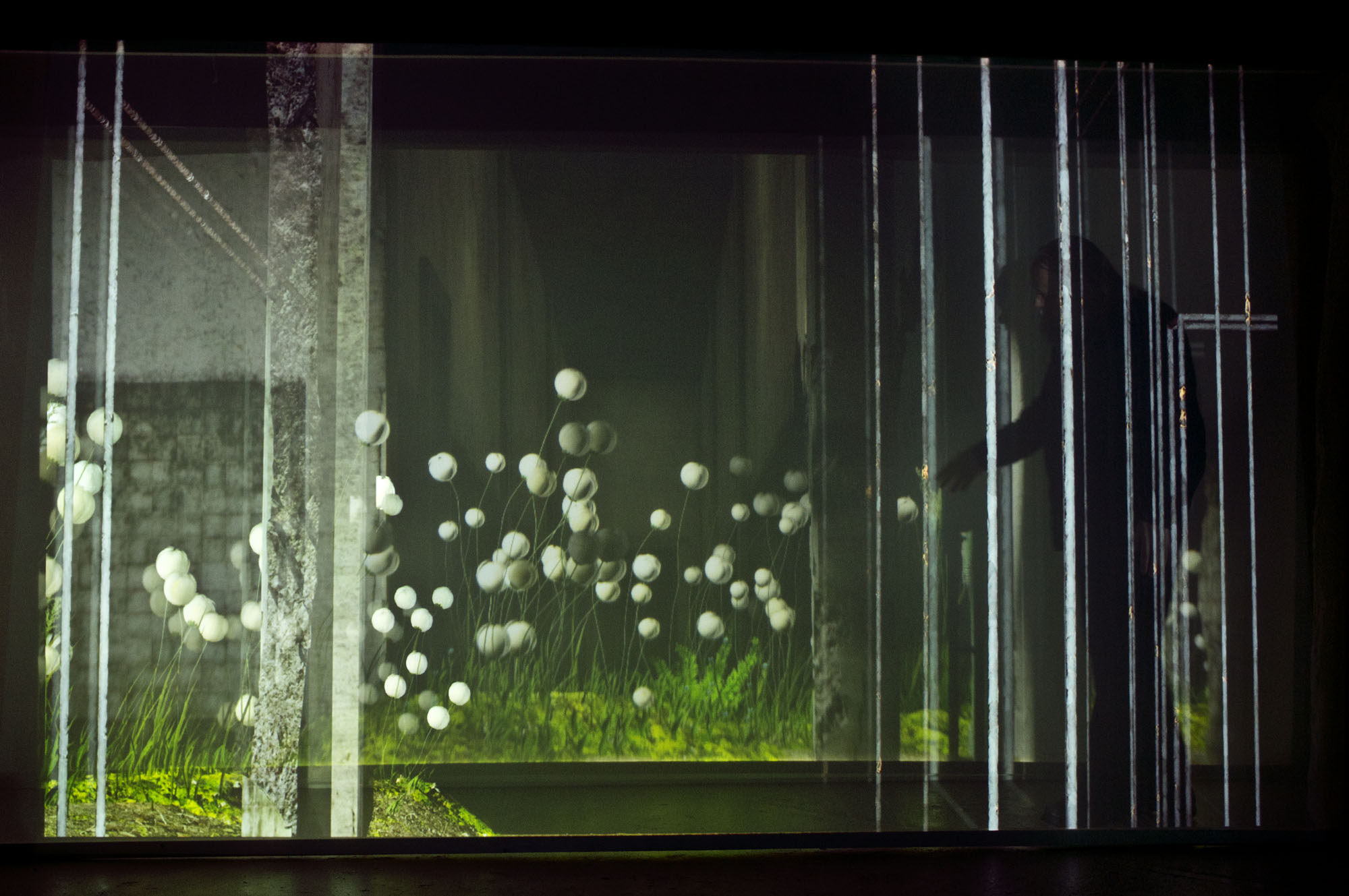 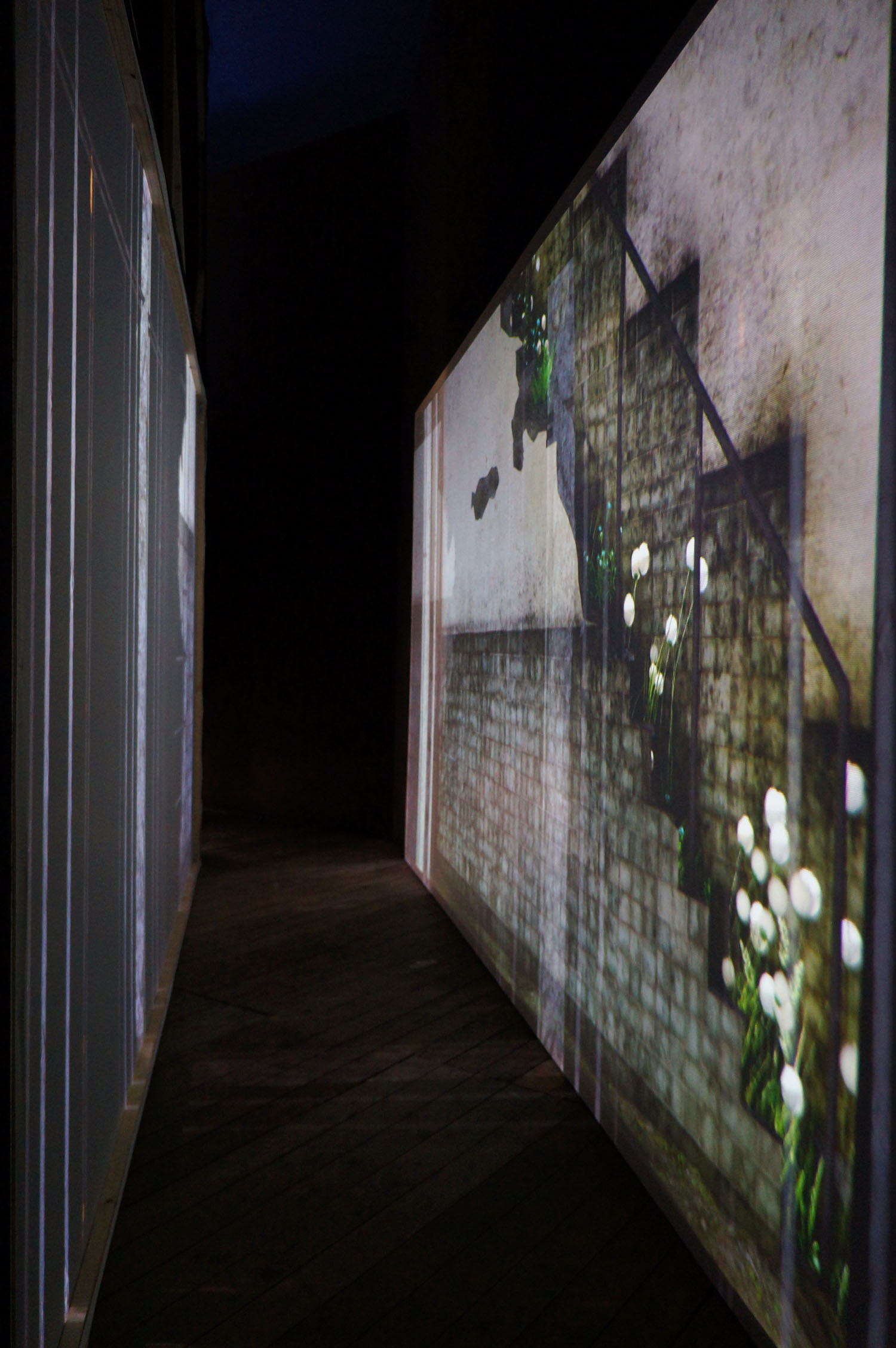 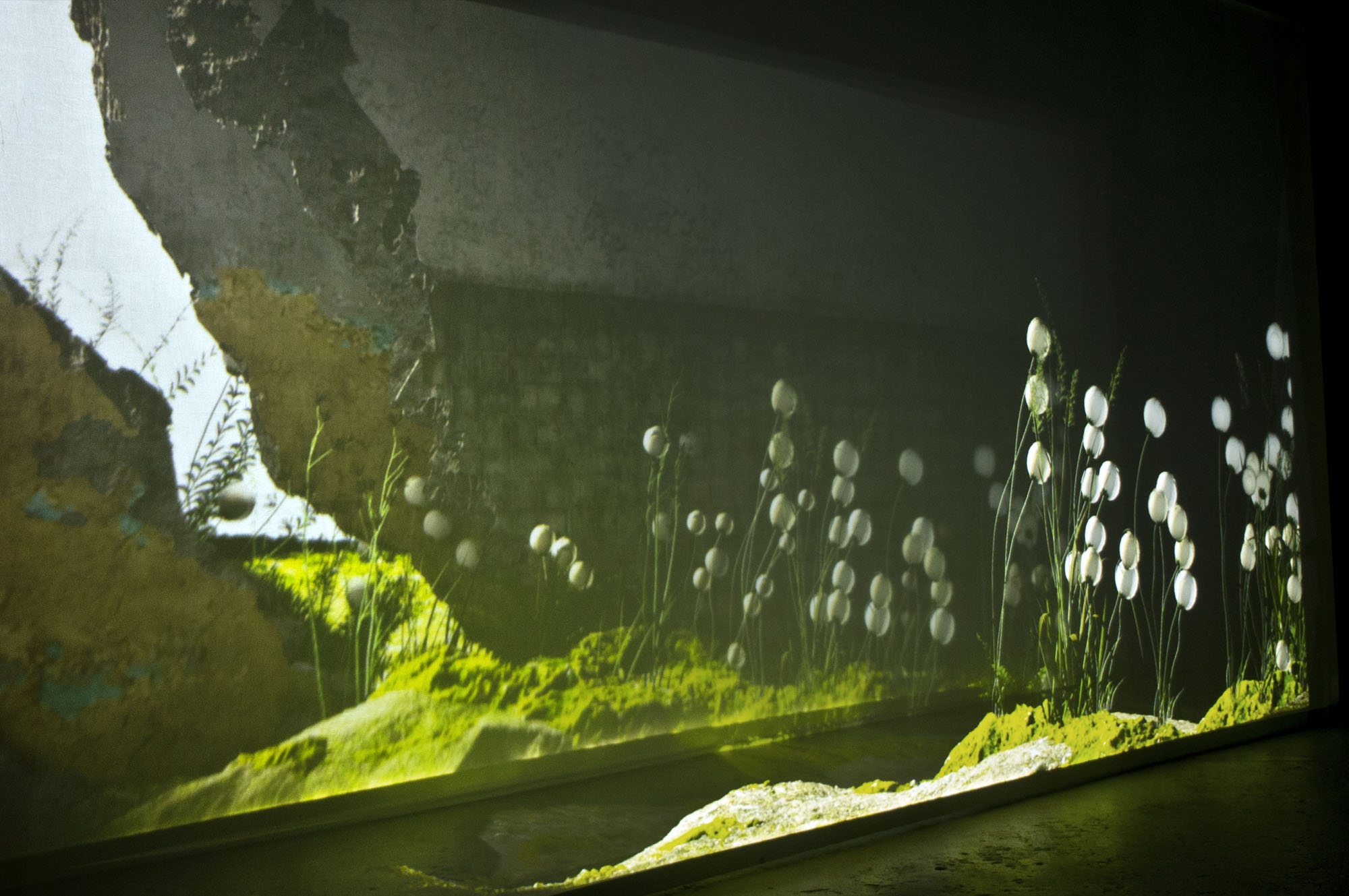