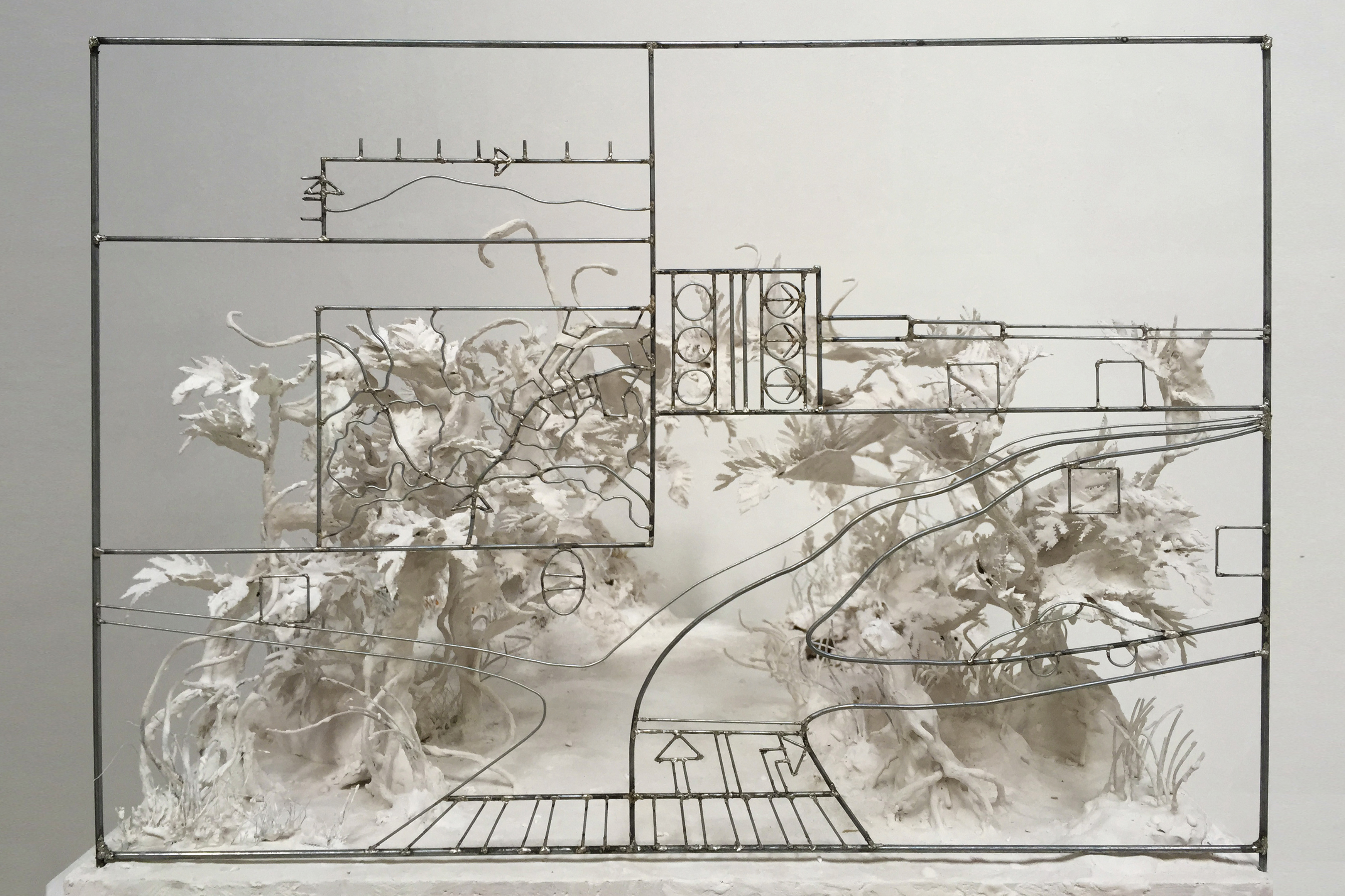 This work of art was commissioned by Trendbureau Overijssel. They asked 10 artists from Overijssel to realize a work of art that represents a possible trend in the future of the province.

The sculpture I made for this is supported with a text about my vision of the future:

Elise van der Linden sees a world where much of human technology is becoming increasingly invisible.
Many of our utensils become intangible because the digital world is taking over more and more functions of the actual tangible world in which we act. “Objects that helped us in our interaction with the world around us are being replaced by digital instruments and tools. Because of the global network that has arisen, we have a stronger feeling that ‘big powers’, which we can not see, can look at and study and influence us imperceptibly during our daily actions. ”

The virtualization of a large part of the contemporary world of life will also evoke a counter-movement, according to the artist. “This is already visible, people want to be able to feel, understand and see what is happening around them with their hands, without the intervention of ‘invisible techniques and mechanisms’. Words like pure, authentic and biological are increasingly being used and people want to be closer to the ‘real, pure’ life, in contact with nature. ”

These two developments have been designed by Van der Linden in an art object in which a layer with icons and lines refers to ‘augmented reality’, a reality that will soon form a large part of our daily existence. This layer is made of thin iron wire, looks fragile and is transparent. Behind this layer you can see a spatial, tangible landscape, where forms from nature are present.

Van der Linden: “The information we need to exercise control in traffic, for example, does not have to be tangible anymore on the street. Information that is now displayed by traffic signs, roadmaps and advertising signs, can all be visualized via augmented reality. Everything in our world can become more visible through invisible technology, thereby it gives new space to a pure, more direct experience of nature. This leaves more room for nature and for wild growth. Thanks to this technique, we can cater to our need to be closer to nature.”

Together with the 9 other artworks and visions of the future, this has been published in a gepubliceerd in een catalog. For this catalog I took a photo of the work and then digitally colored it.

The artworks were exhibited at the beginning of 2015 in the Overijssels provincial house, see the photos here. 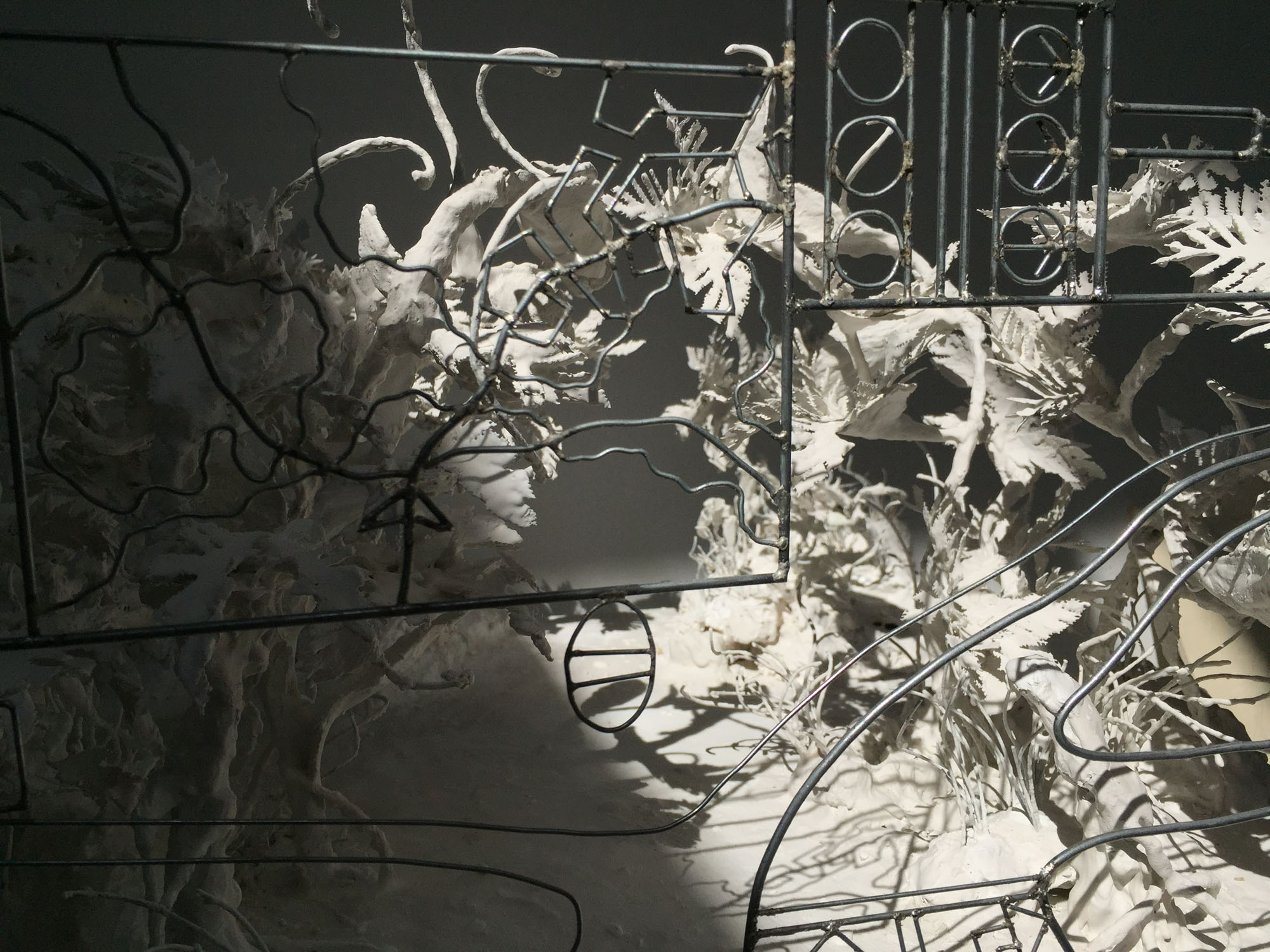 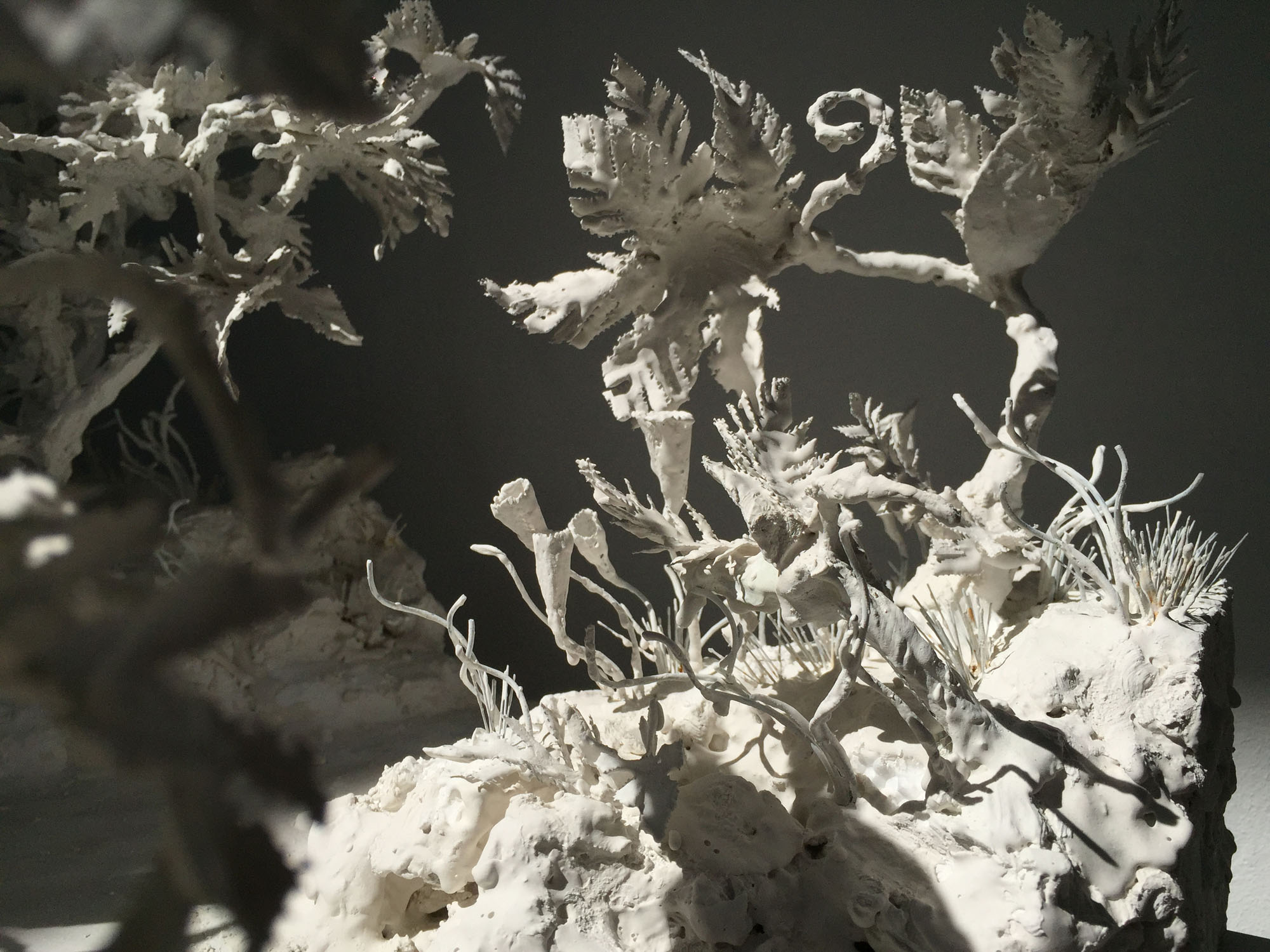 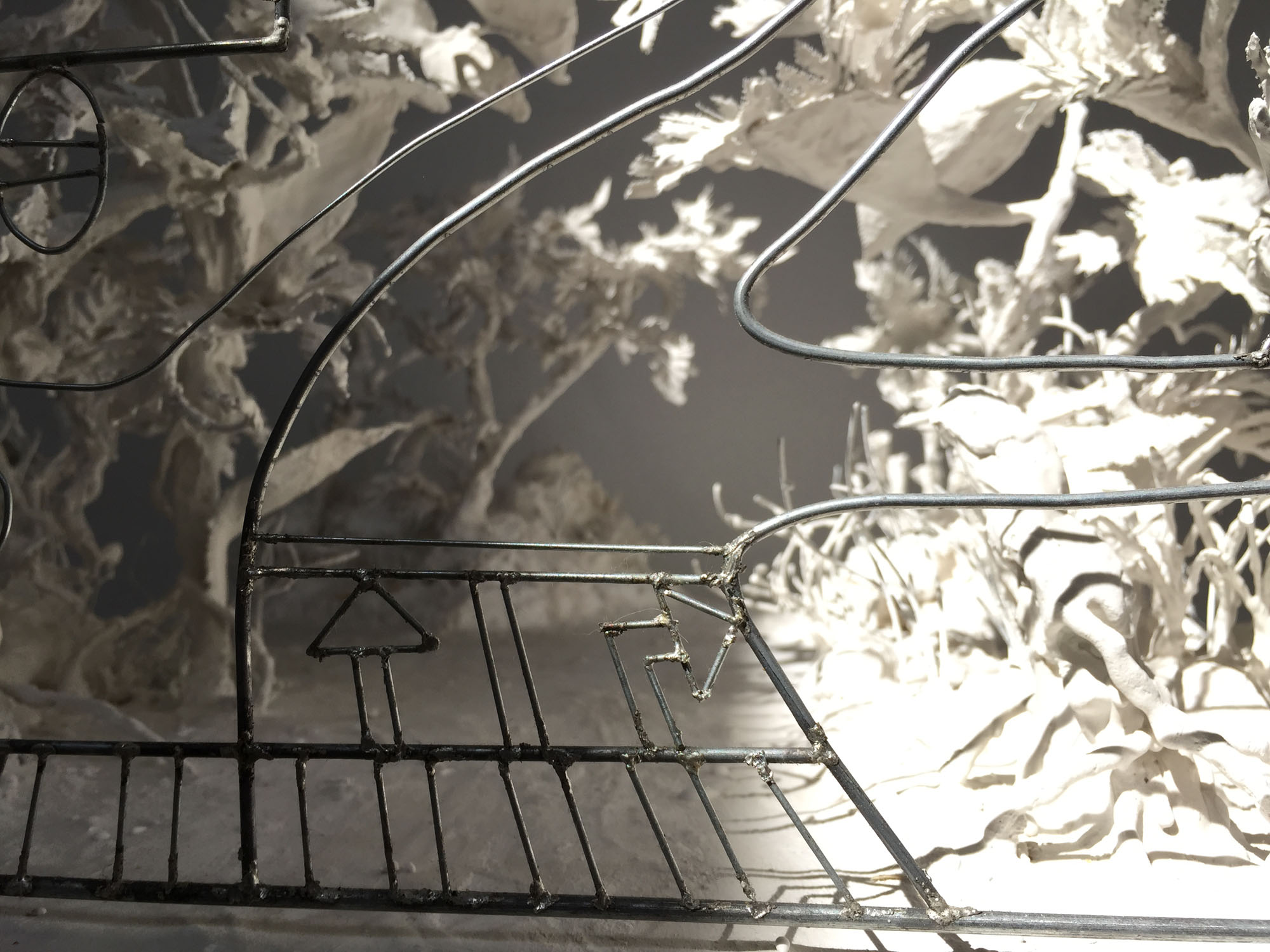 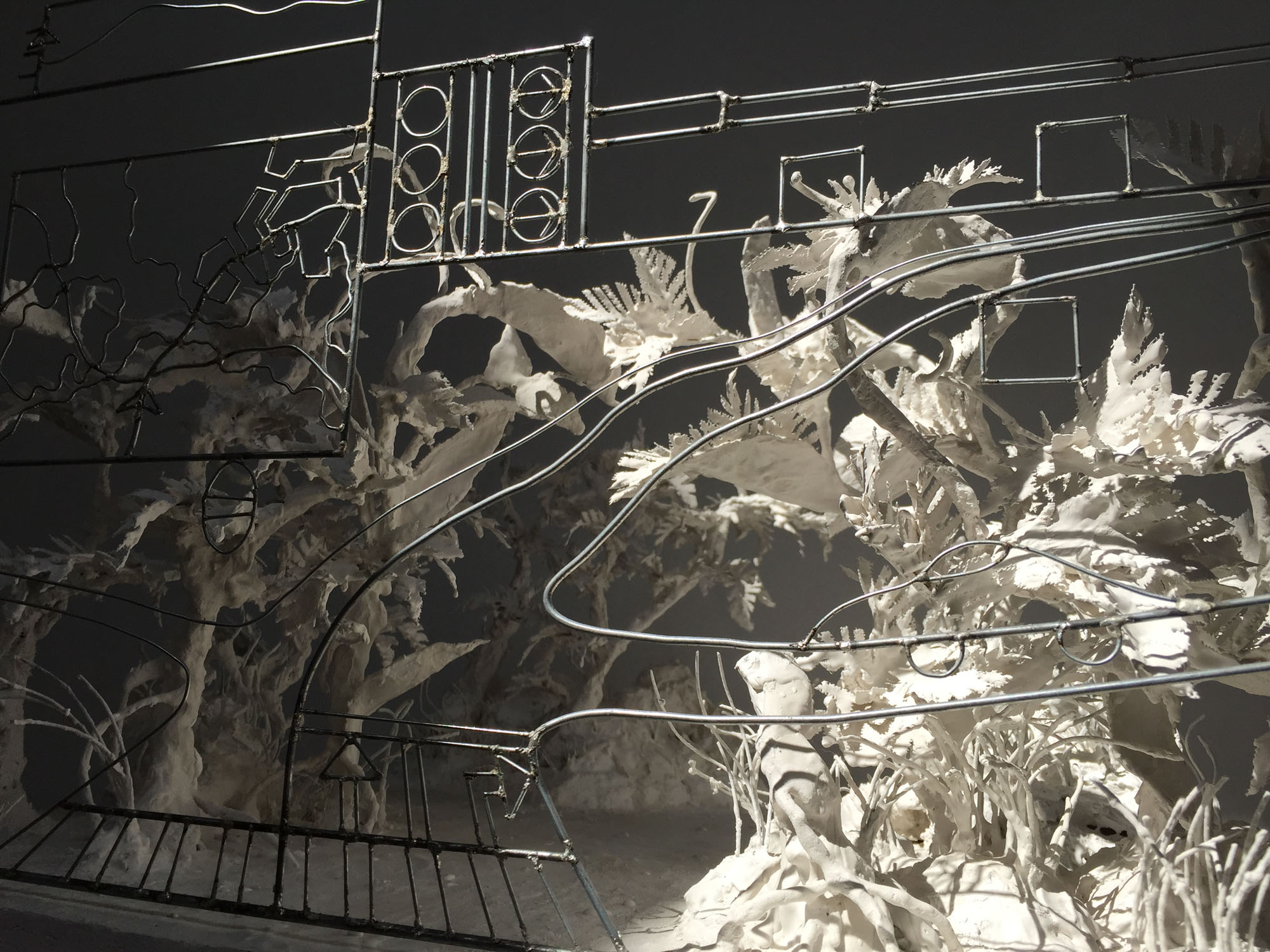 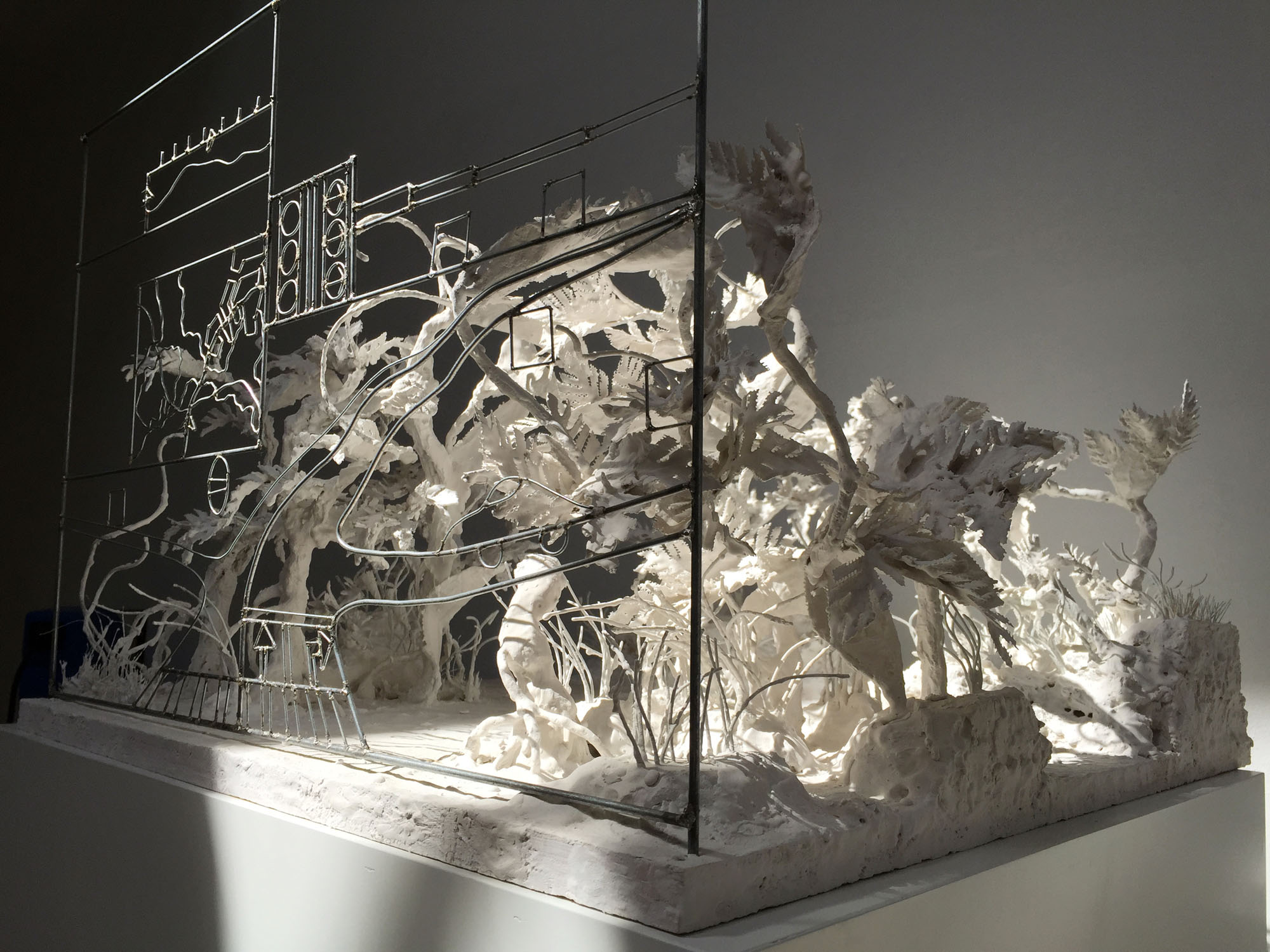